Exposes Ties Between the Ra'am Party and Hamas

A study conducted in collaboration with the "Choose Life" Forum, an association that unites terrorism victims' bereaved families. The study exposes ties between the Ra'am Party and the Islamic Movement in Israel and between the latter and the Hamas terrorist organization in Gaza: Terrorists' families financing, Hamas foundations, and large sums of money transferred from Israel to various destinations in the PA territories, the Gaza Strip and several Arab countries, including countries defined, according to law, as enemy countries, such as Lebanon and Syria. 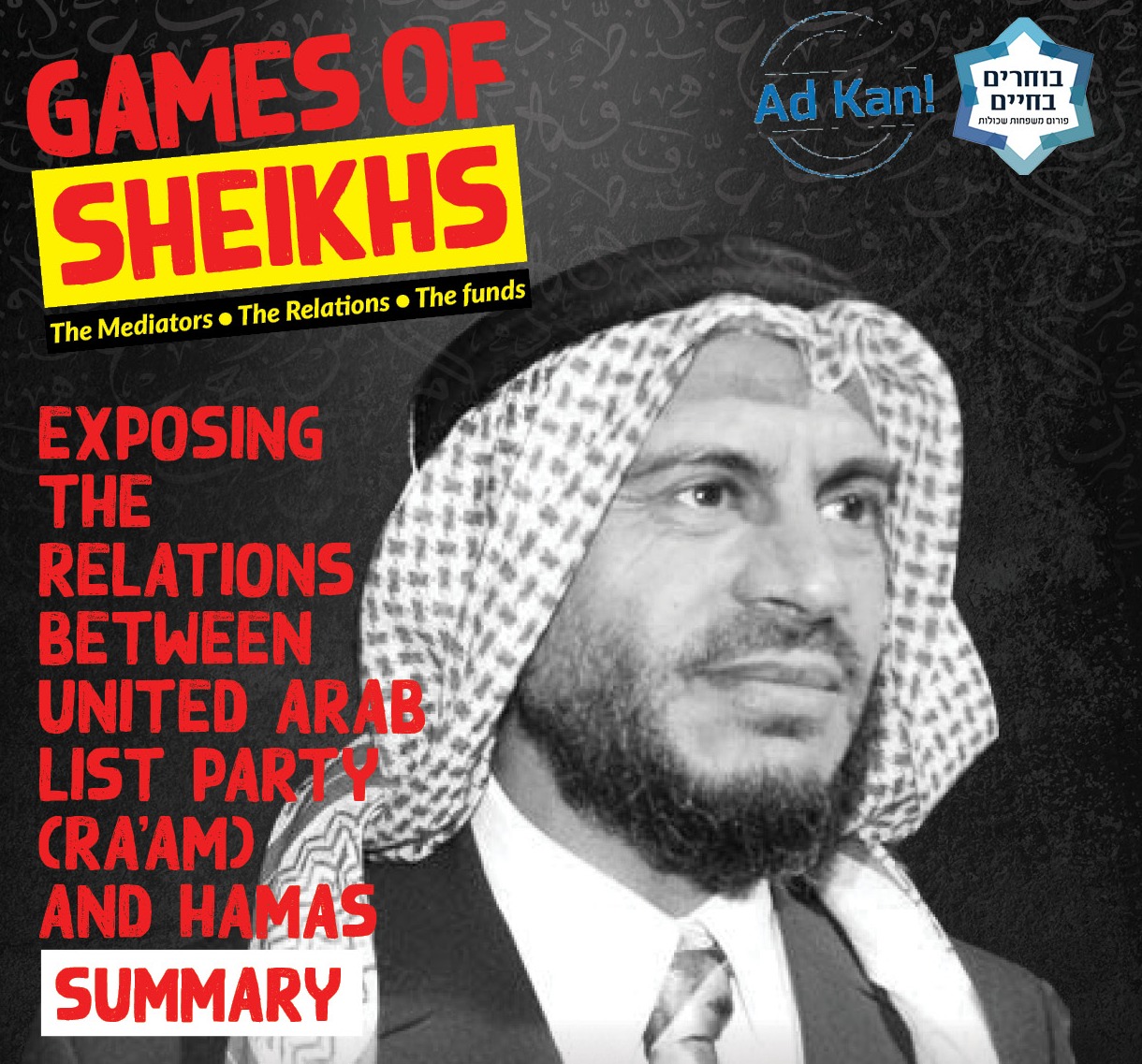